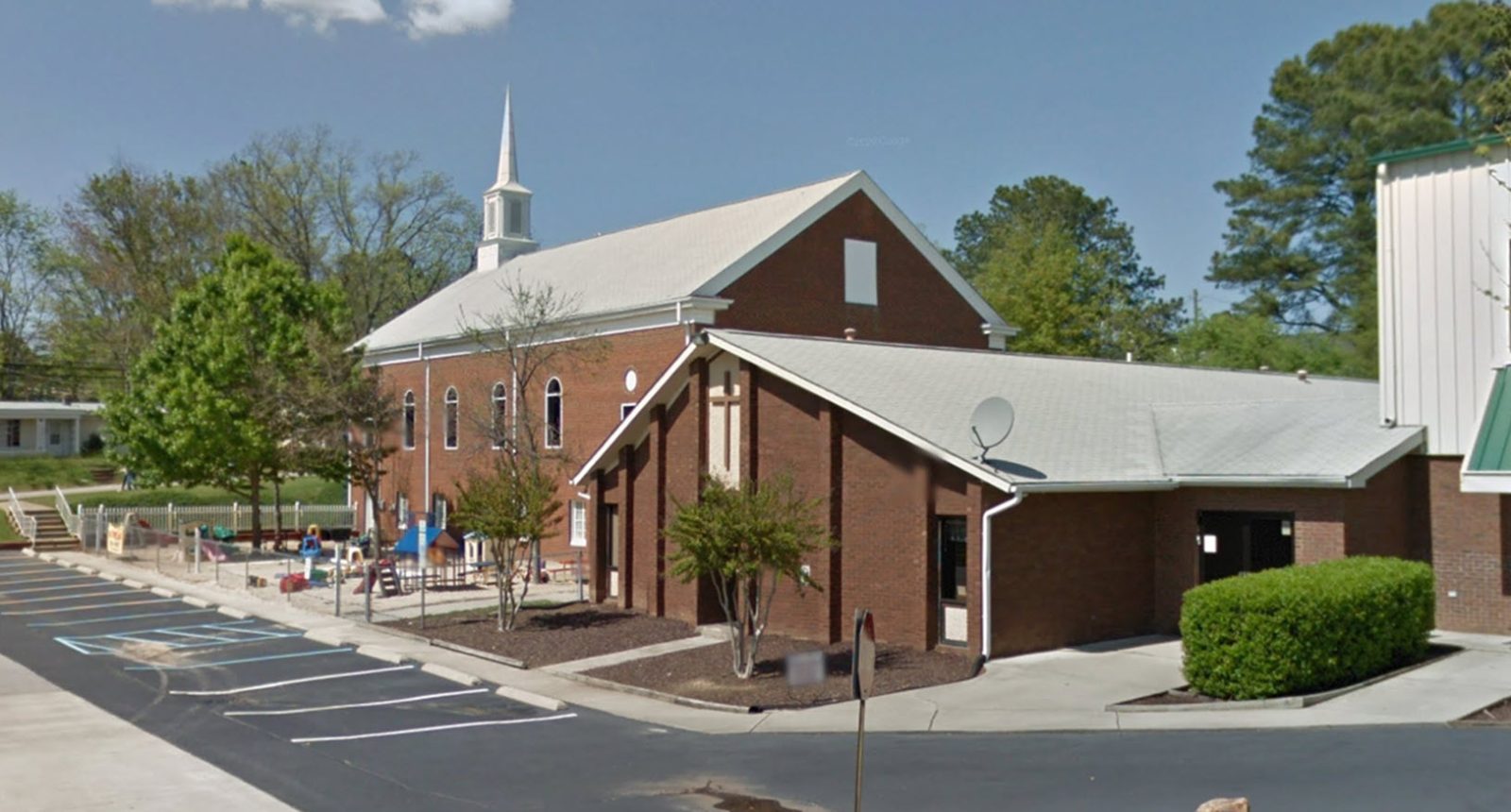 God has blessed Hocutt in many ways. One way is by sending us talented and creative people who are writing books for God’s glory. Check out these titles, and click the cover photos for ordering information. Happy reading!

“Go and make disciples.” Our command is clear; our mission is given. But what exactly is a disciple and what does discipleship really mean? In An Examination of the Theme of Discipleship in the Seven Churches of Revelation, Dr. Steve Roy takes the reader to the book of Revelation and to the specific letters from Jesus Christ himself. These letters help the reader to discover dramatically important conclusions as to what discipleship is and what it means to be a disciple. Through each of the letters to the seven churches, Jesus follows a particular pattern of discipleship and applies it to the specific churches in western Asia Minor. These patterns and instructions are just as relevant for us today as they were when John the Revelator sent them. This book is written for the person who wants to take discipleship seriously and for the pastor who stands before his congregation weekly with the purpose of making disciples. 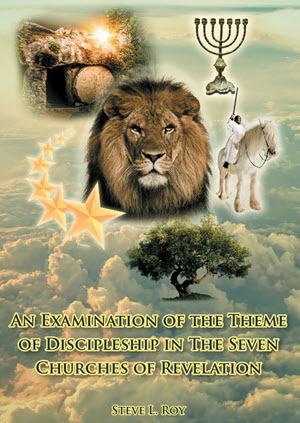 Faith: What it is, What it isn’t And Why it is important– Ed Pittman

During Ed’s study of the book of Daniel, there were four chapters that were different from the other chapters. Chapter 3 related to Meshach, Shadrach, and Abednego, and chapter 6 was about Daniel. In his study, it became clear that Daniel and his three friends were special in God’s eye. These four individuals, after being taken from Jerusalem to Babylon, were given special treatment from their captors. They were also miraculously saved from horrible deaths and, in the case of Daniel, elevated to a position of high authority in the Babylonian government. What was it about these four individuals that made them special to God? They weren’t royalty or heroes; they hadn’t won any battles. In fact, they were just teenagers when they were taken captive. What set them apart from the others was their willingness to defy the orders of the Babylonian rulers when those orders conflicted with their relationship with God.

As Ed continued his study of Daniel, he was continuously drawn back to these two chapters until he realized the chapters were not so much about Daniel and his friends, as it was about their relationship with and their faith in God. This raised a lot of questions for him. He wanted to know what the basis for their special relationship with God was. He wanted to know what made their faith special to God and what was it about their faith that was different from his faith. He wanted to know why God answered their prayers and seemed to not answer the prayers of so many people he knows, as well as many of his own. He also wondered why these chapters on faith were included in a book that was primarily a prophetic book.

These questions and more started Ed’s study of faith which ultimately led him to write this book. 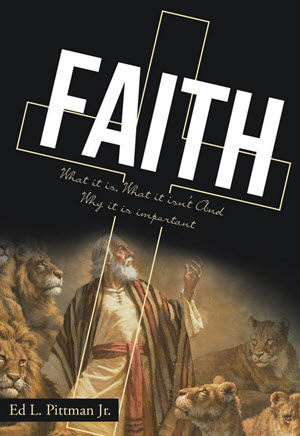 Do you know what happened way back at the very, very, very first Christmas? This delightful book teaches children the true story of Christ’s birth as told in Luke Chapter 2 in a simple and interactive format. All new illustrations give a greater sense of the story, and new this year, you and your child can learn a Bible verse from the story using an easy and fun add-a-word Bible memory technique! 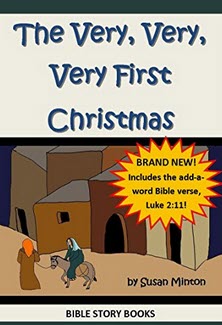 The Scriptural Stations of the Cross for Kids – Susan Minton

The Stations of the Cross are a devotional tool to help people remember
the death of Jesus the Christ. The concept has been around for centuries! Follow Jesus on His journey from The Garden of Gethsemane all the way to the Resurrection with kid-friendly illustrations and Scripture verses to match! 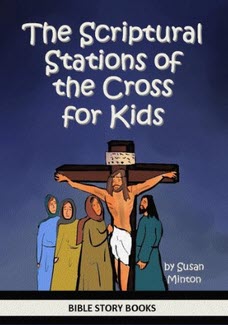 Simon Peter was tired – he had been fishing all night long, and he hadn’t caught any fish! When Jesus told him to go back out on the water, Simon Peter didn’t want to, but he did it anyway! Find out what happened when Simon Peter went fishing the second time! This simple retelling of the Luke Chapter 5 story has built in questions to help children relate to the characters and the storyline. *** When you have finished reading the story, learn a Bible verse that says exactly what Simon Peter, James and John did when Jesus called them, Luke 5:11b – “they left everything and followed Him.” 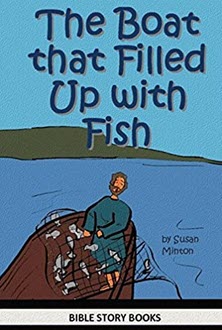 Have you ever wondered what happened at the very, very, very first Easter? Find out in this simple retelling of the biblical Easter story by the bestselling author of the Very, Very, Very First Christmas! Follow Jesus and His disciples from right before the Last Supper all the way to the Resurrection! The story is taken right from the Gospels, and it has built-in questions that will help children relate to the story and the characters. 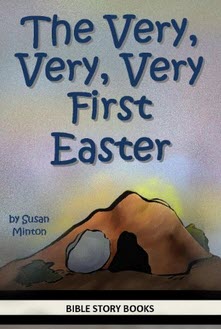 A big crowd had followed Jesus, and they had nothing to eat! Find out how God provided food for them, and how Jesus told God “Thank you” for the food! This simple retelling of John 6 relates the story of the feeding of the five thousand, with questions built in to help children relate to the characters and the story line.

When you have finished reading the story, learn a Bible verse about saying “Thank you!” A unique “add a word” format allows both parents and kids to learn I Thessalonians 5:18, In everything give thanks, for this is God’s will for you in Christ Jesus.” 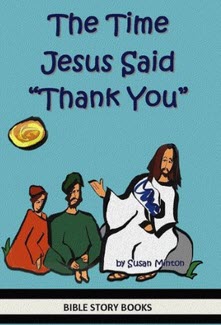 Do you know what happened to Baby Jesus once Christmas was over? This fully illustrated book teaches children the true story of the visit of Wise Men as well as Mary, Joseph and Jesus’ flight to Egypt. The simple format is a retelling of Matthew Chapter 2 that includes questions throughout the story designed to help young minds relate to the story and to the characters! 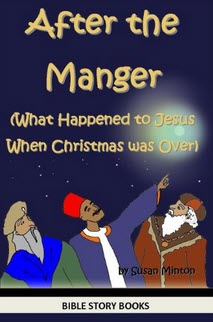 Jesus and His special friends had decided to take a boat trip when a BIG, SCARY STORM came up! Find out what happened in the simple retelling of Mark 4! Built-in questions help children relate to the story and the characters!
When you have finished reading the story, learn a Bible verse that talks about what the disciples said about Jesus after He had calmed the storm, Mark 4:41b, “Who is this? Even the winds and the waves obey Him!” 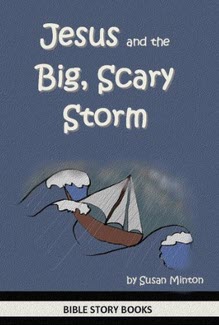 A long, long time ago, Jesus was in the middle of a parade in Jerusalem! It was not a real parade. It was different than any parade you have ever been to! This parade started because Jesus decided to take a trip to Jerusalem, and lots of people followed! Find out what happened with this simple retelling of the Palm Sunday story, which follows the biblical accounts in Mark Chapter 11 and Luke Chapter 19, and has built-in questions to help children ages 4 to 9 relate to the storyline and the characters. 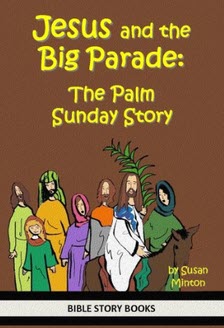 This wonderfully illustrated collection lets you to enjoy two wonderfully illustrated Bible stories in one book! Built-in questions help children relate to the stories and the characters! The Very, Very, Very First Christmas Learn about the true Christmas story as told in Luke Chapter 2. Meet the angels, shepherds and, of course, Mary, Joseph and the Baby Jesus! After the Manger (What Happened to Jesus When Christmas was Over) Find out what really happened after Christmas as told in Matthew Chapter 2. Learn about Herod, the wise men and Jesus’ family’s trip to Egypt! 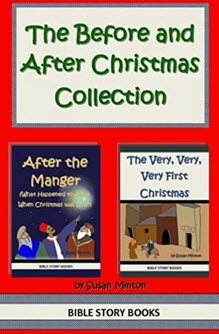 What if every letter in the word “Christmas” stood for a Christmas word or concept? Learn some interesting facts about Christmas in this fully illustrated book, which covers parts of the story, setting and message of Christmas. 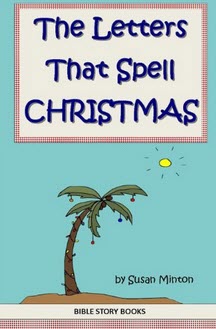 Meredith Moo Helps You Learn the Beatitudes: Verse 1 – Matthew 5:3 “Blessed are the poor in spirit, for theirs is the kingdom of heaven.” (Learn a Bible Verse Books Book 7) – Susan Minton

Meredith Moo makes learning fun! Go step-by-step with Meredith as she ambles through the first verse of the Beatitudes, Matthew 5:3 -“Blessed are the poor in spirit, for theirs is the kingdom of heaven.” You will know the whole verse by the end of the book! This fully illustrated book teaches Matthew 5:3 to kids and parents alike using a unique and tested “remove a word” method. Meredith encourages and entertains on every page, while simple repetition cements the Bible verse in your memory! Stay with Meredith through all the Beatitude books and learn all TEN verses in a row! You can also learn additional Bible verses with Fargo Frog in “Fargo Frog Helps You Learn Five Bible Verses About Love!”

In 1987, when Ed joined a new church, the pastor was teaching on the book of Revelation. Ed so enjoyed the teaching that he decided to read what others had to say about Revelation. He quickly learned that there were many different interpretations of Revelation and other books of the Bible that contained prophecy about the end times or latter days. He decided that he needed to do more reading and study of scripture, as well as books written by others, so he could come to his own understanding of what God was telling us about how He would bring things to an end. After much reading and prayer, his focus narrowed primarily to the books of Daniel and Revelation.

The book of Daniel is about Israel in the time before Christ. The prophecy in Daniel begins with the Babylonian kingdom and continues through the Roman kingdom in such detail and accuracy that many believe it was written much later and is more historical than prophetic. It also tells us about the later kingdoms but in a much broader sense and less detail.

The book of Revelation, written by John on the island of Patmos, tells us about the kingdoms that come after the Roman kingdom. Revelation tells us in great detail about Christ’s message to the seven churches and the seventieth week of Daniel’s prophecy of seventy weeks of years. This includes the breaking of the seven seals, the blowing of the seven trumpets, and the pouring out of the seven bowl judgments. Lastly it tells us the good news about the return of Christ and the establishment of His kingdom. 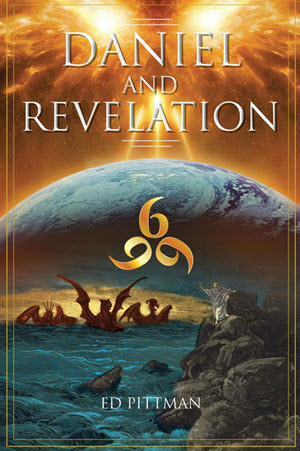 Ever wonder what mermaids do all day under the sea? Follow Mia the mermaid in an undersea bedtime adventure. Search for her friend Crabby on every page and enjoy some coloring pages that follow the story. 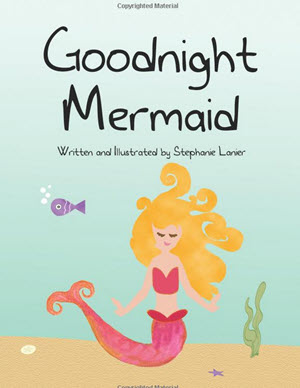 Emma The Fairy – A book about Colors – Stephanie Lanier

Follow Emma the Fairy as she goes about her day painting ladybugs, bees, butterflies, and snails. And be on the look out for her bunny friend who likes to play hide and seek! A fun and interactive way to teach your little one colors! Activities included. 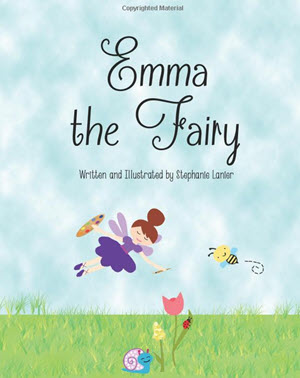 Meet Max the helicopter and fly off on a bedtime adventure! Includes a coloring section in the back of the book! 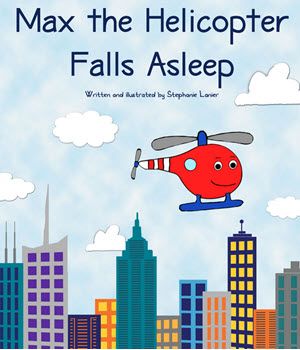 Zac the Robot: A Book About Shapes – Stephanie Lanier

Join Zac the Robot on a mission to find his lost buttons. Search through his room to find all six and learn an important lesson about keeping your room clean along the way! A fun and interactive way to engage you child while learning shapes, colors, and the importance of keeping things tidy! Activities to practice what we’ve learned included in the back of the book. 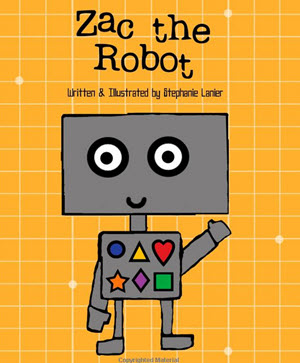 Chug along and help David the Train check his animal alphabet cargo on their way to the zoo. A fun and educational book that engages your child and helps teach the alphabet, animals, shapes, animal sounds, and so much more! Workbook and coloring pages in the back take the learning even further! 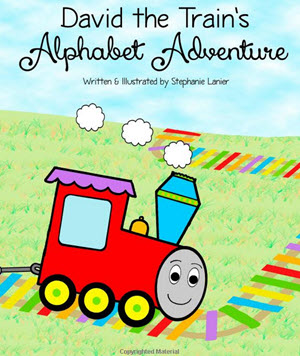 Patty and the Giant Pancake: A Book About Morning Routines – Stephanie Lanier

Join Patty the bear as she goes through her morning routine. Breakfast, getting dressed, so much to do! Includes coloring pages, a morning routine chart, and Patty’s famous pancake recipe! 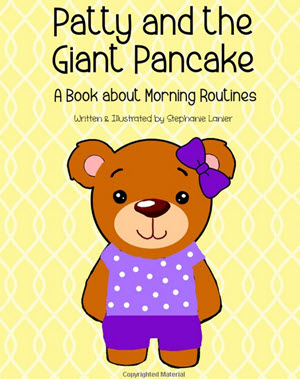 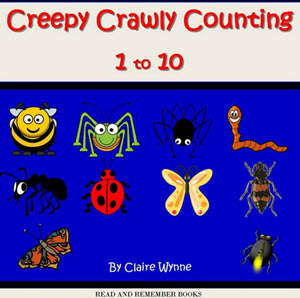 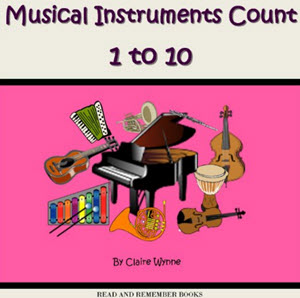 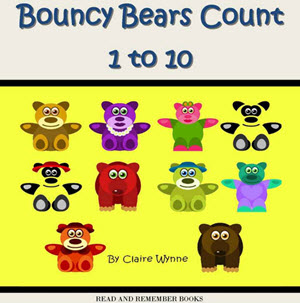 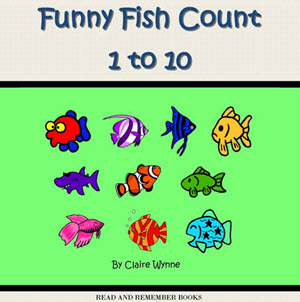 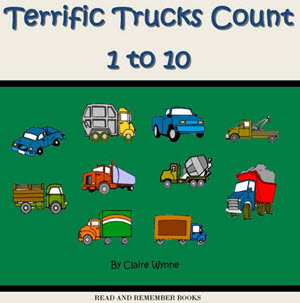 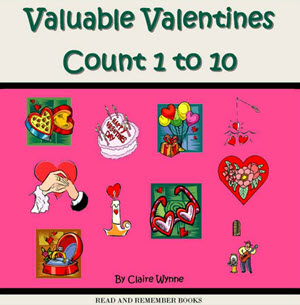 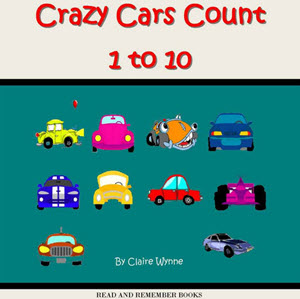 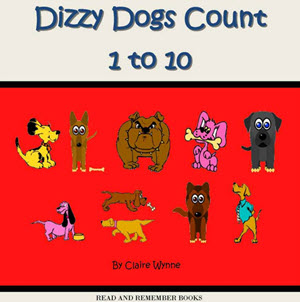